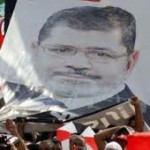 President Morsi is moving rapidly to create an Egyptian state of his own vision and that of the Muslim Brotherhood (MB). Less than 60 days ago in the presence of the Supreme Constitutional Court Mr. Morsi swore an oath to uphold the Egyptian constitution. He has already broken that promise by illegally amending the constitution to extend the powers of the executive office. He is now unilaterally exercising his expanded authority to tighten his grip on Egypt’s media and military.

Two days before the presidential election in June, Egypt’s military Supreme Council of the Armed Forces (SCAF) contemplated the powerful position of the presidency and sought to limit the authority of the executive office by amending Egypt’s constitution for the second time. This change was final with the law placing the authority to alter or rewrite Egypt’s constitution in the hands of the current Constitution Assembly, the one chosen by the former Parliament (now dissolved) and SCAF.

However, President Morsi ignored the law and conveniently added his own amendment to the existing constitution which voids SCAF’s amendment. Morsi effectively gave himself unlimited powers by reversing SCAF’s amendment which placed limits on the power of the executive office. Moreover, after only a few days in office, Mr. Morsi had already made himself an enemy of the court by defying the high court’s ruling to dissolve (due to a corrupted election) the MB-majority parliament. President Morsi decided to reinstate the Parliament and dismantle the Supreme Constitutional Court and is working now to accomplish this through his Attorney General.

Although officially no longer a member of the MB since the start of the presidential election bid, President Morsi has surrounded himself with MB aides and advisors. However, President Morsi recently appointed a member of the Salafi party, Mr. Hasham Kandel, to be his Prime Minister. If this is the kind of inclusivity Mr. Morsi pledged to the outside world, the world has much to fear for Egypt.

In the first stages of Egypt’s democratic transition, Mr. Morsi has taken steps to add a religious component to his government. His chief of staff is a transfer from the MB headquarters to the presidential office and has loyal ties to Mr. Badeeh, the spiritual guide and leader of the MB (el-morshid). It would appear that he is to serve as a liaison between the two offices with Mr. Morsi submitting his work to Mr. Badeeh for approval as he executes directives – similar to today’s Iran with head of state, Ahmadinejad, linked to religious head, Ayatollah Khomeini.

Lately, the man representing the Freedom and Justice Party who was elected to head Egypt’s secular government on a path to democracy has allowed the MB militia, the military wing of the MB, to police the streets and harass citizens into behavior compliant with Islamic law, religious law of the Muslim faith known as Sharia. Much scarier than Mubarak’s police system which the people resented and feared, the MB militia has been using force, fear tactics and threats, to control speech and dress. It is no surprise that Hamas, coming from outside the country with deep connections to Egypt’s MB, is able and willing to build the ranks of the MB militia, which was previously underground during the Mubarak presidency. Photos taken in 2010 showed the militia marching in military style on the campus of Cairo University – black shirts, black pants, and covered faces – and now Mr. Morsi presides over its expansion.

Pro-democracy liberals, including Copts, fear that human rights may vanish altogether and the new government become a one-election “democracy”. Referring to Egypt’s aspirations in a speech on July 30 at the release of the 2011 International Religious Freedom Report, Mrs. Clinton described “real democracy” as “where no group or faction can impose their authority or their ideology or their religion on anyone else.” In all his recent decisions, Mr. Morsi has yet to show us a move toward genuine democratic reform.

After only one month in office at the end of July, President Morsi and his Secretary of Communications, Salah Abed El Maqsud, mounted an attack on the government-controlled (but privately run) national press and threatened to black out TV satellite channels and quit publishing newspapers. On August 9th, just ten days after their warning, the operations of Tawfik Okasha, the owner and talk-show host of a commercial satellite TV station, Al-Phareen, and the newspaper, Al-Destour, along with independent journalists, have been shut down. All are accused of insults and hate speech — defined by the Morsi government as criticism of Mr. Morsi, military personnel, or the new government — and waiting in jail indefinitely to face trial. Is President Morsi sowing seeds for a brand new democracy or war with his fellow Egyptians?

Egypt’s media returned to private ownership after the Nasser era but always with government appointees in key positions — a system allowing the regime to filter incoming messaging and adapt outgoing messaging for propaganda purposes outside the country. In the history of modern Egypt, never has its regime overturned as many major media heads (50) at one time as Mr. Morsi has now done. By eliminating all his opposition, Mr. Morsi appears on a mission to protect his sovereignty and solidify his power at the expense of democratic principles — free speech and a free press. Is this Egypt’s path to a free and equal society for which its freedom fighters ousted Mubarak?

A few days later, on August 12th, Mr. Morsi uprooted the top tier of Egypt’s military establishment firing a long list of key personnel in high level positions. First he met with Field Marshal Tantawi and Colonel Annan, Tantawi’s chief of staff, and later that evening Tantawi learned from TV news reports that both he and his assistant were fired and replaced with MB sympathizers. Not surprisingly, Mr Morsi also terminated the newly-appointed Director of Egyptian Military Intelligence, Mr. Mufi, who has always solidly opposed entry of MB members to the Egyptian military academies. Is all this enough to fortify the President and his Islamist backers to avert the coming backlash by the people against his government anticipated on August 24th and 25th? It would indeed afford him unanimous support in a military strike against Israel if rumors should prove true.

In the absence of a legislative branch, the new president of Egypt acts alone in determining what’s best for Egypt. In line with MB goals, Arabs living in Gaza are now Egypt’s top priority. As the summer’s seething temperatures strain electricity consumption in Cairo, Alexandria, Port Said and all major Egyptian cities, electrical power is shutting down for six to eight hours a day around the clock — more sacrifice for suffering Egyptians who are weary from revolution, disorder, and economic turmoil. Lack of refrigeration is spoiling food, and patients are dying in hospitals as a result of Egypt’s diverting electricity to Gaza –- one more factor contributing to Egypt’s despair and instability.

As the world watches, we will see fully if President Morsi, an Islamist and former decision-maker in the MB, keeps his commitment to universal human rights and democratic principles, in particular religious freedom. If his initial days in office are any indication, there is a rough road ahead for the freedom seekers of Egypt as the country, in the words of Secretary of State, Hillary Clinton, “navigates its unprecedented democratic transition.”

Ashraf Ramelah is founder and president of Voice of the Copts, a human rights organization working to free the oppressed and persecuted Copts of Egypt. www.voiceofthecopts.org 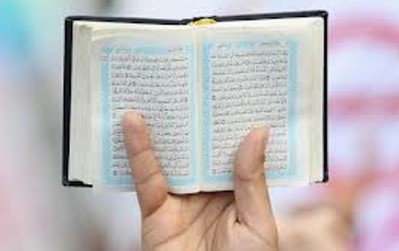 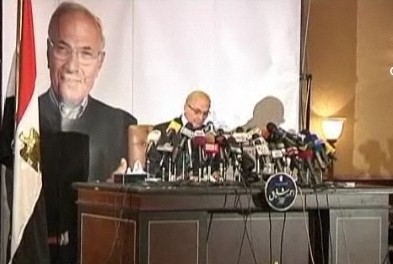 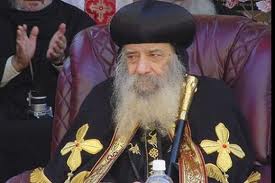